Can individuals return to sports after ACL injury without reconstruction? And, who needs surgery? 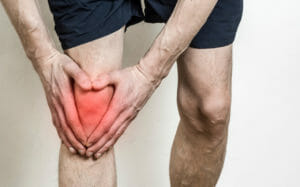 What are successful outcomes?
Lynch BJSM 2015

A survey was performed on almost 2000 orthopedic surgeons, and sports/rehabilitation specialists in Europe. These specialists across-the-board only had two things that came up from virtually everybody about what successful outcomes equal success.

1) Return to sports or previous activity
Moon cohort data football in the United States found that 63% of American Football player (AFB) and 69% of high school football players (HS FB) of the players were able to return to play at the same self-described performance level. Approximately 27% felt they did not perform at the level attained before their ACL injury/tear, and 30% were unable to return to play at all.

The Moon cohort data for soccer in the United States found that 72% of soccer players returned to play.

Clare Ardern, Australian-trained physiotherapist and senior researcher in sports medicine, performed a meta-analysis in 2011 found that 63% of athletes returned to preinjury level of spots and 44% to competitive sports. This is the same results found in the Moon cohort.

Shah et al AJSM 2010 published that in NFL players underwent ACL reconstructions 61% (31/49) returned to playing in the NFL at a mean of 11 months after surgery.

Feucht et al 2014 conducted a survey of what patients think prior to undergoing ACL reconstructive surgery. The study found that 94% of primary or initial ACL reconstruction and 84% of revised ACL reconstruction expect to return to the same level of activity with no or slight restrictions. The patients’ preoperative expectations do not match the post-operative outcome data.

Osteoarthritis was seen in 45-70% patients 15 years after ACL reconstructive surgery and higher in those who returned to strenuous sports. However, if you ask patients what they think their risk of developing osteoarthritis will be 98% will say “they have no or slight increased risk”.

After ACL revision surgery
– Patient have a worse outcome in the short-term
– Higher occurrence of osteoarthritis and higher degree of disability in the long-term.

In a study conducted by Paterno et al AJSM 2014, they followed post- ACL reconstruction patients and a control group (teammates) of the athletes who played sports that require cutting, pivoting or jumping movements for 24 months.

Within the ACL reconstruction group, female athletes were more than twice as likely to tear the ACL on their contralateral (opposite side) knees rather than the graft in the surgical knee.

What should orthopedic surgeons and physical therapist be counseling patients regarding ACL reconstructive surgery?

– Just because you have an ACL reconstruction, doesn’t mean that you will return to sport at all, and most likely not at the same level of performance.
– Your risk of reinjury is high in the near term or short after returning to play, reinjury is higher if you are younger, higher (ipsilateral or same side) if you are male and (contralateral or opposite side) if you are female.
– Regardless of the type of ACL reconstruction surgery, your risk of developing osteoarthritis is high in the long-term and if you need a revision of the ACL reconstruction surgery the risk of osteoarthritis is higher.

NSMC (June 2016) Lynn Snyder-Mackler – Is there a place for non-operative treatment for ACL tears presentation.