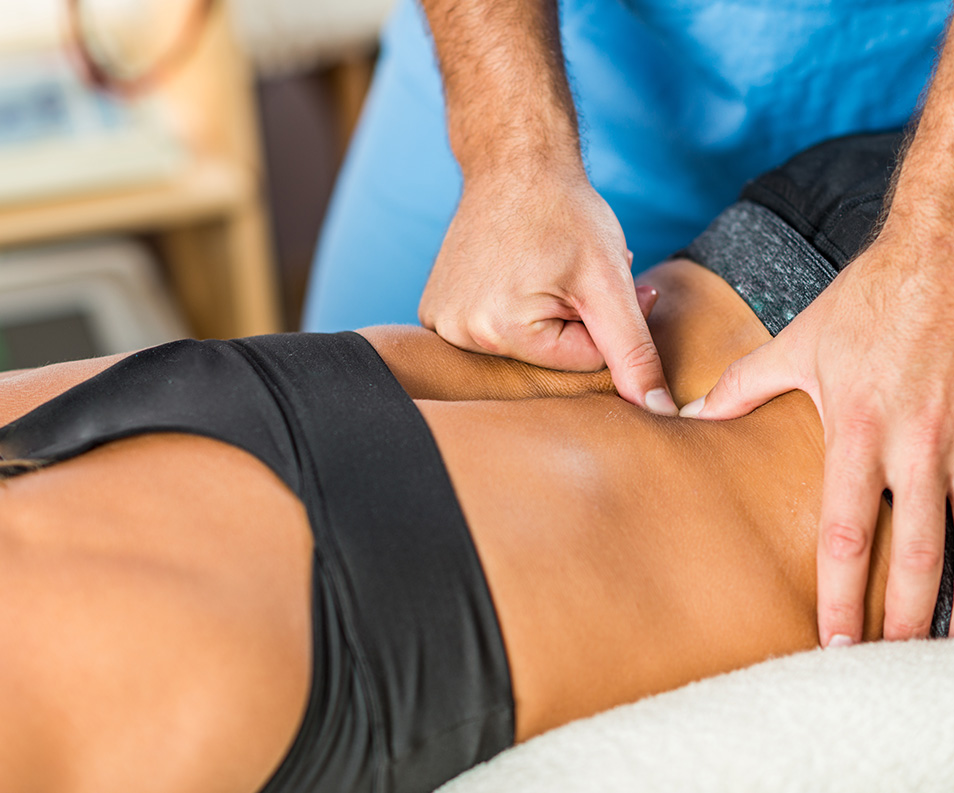 What is Strain and Counterstrain?

Strain and Counterstrain, originally called “positional release technique” was developed in the 1955 by an osteopathic physician named Lawrence Jones.

Strain Counterstrain is a manual therapy technique, meaning clinicians use only their hands for treatment of muscle and joint pain. It uses passive body positioning of hypertonic (spasmed) muscles and dysfunctional joints toward positions of comfort or tissue ease that compress or shorten the offending muscle. The purpose of movement toward shortening is to relax aberrant reflexes that produce the muscle spasm forcing immediate reduction of muscle tone to normal levels. This allows the joint influenced by the now relaxed muscle to function optimally increasing its range of motion and easing muscle and joint pain. Strain Counterstrain is an effective, but extremely gentle, technique because its action for treatment moves the patient’s body away from the painful, restricted directions of motion.

For Whom is Strain and Counterstrain Appropriate?

Strain and Counterstrain is a very gentle technique that can be used on just about any patient, regardless of the severity or type of the injury. It is helpful for a number of patients and conditions such as:

By clicking here, I agree to be contacted at the number or email provided
We use cookies on our website to give you the most relevant experience by remembering your preferences and repeat visits. By clicking “Accept All”, you consent to the use of ALL the cookies. However, you may visit "Cookie Settings" to provide a controlled consent.
Cookie SettingsAccept All
Manage consent