Running performance depends on several variables, which include: high maximum oxygen consumption, the ability to sustain maximum oxygen consumption for long periods of time, and the ability to move efficiently. The ability to move efficiently depends on metabolic cost, which is the amount of oxygen spent to move a runner a certain distance at a submaximal intensity. The lower the metabolic cost results in less energy expenditure and lower oxygen consumption, which makes a more efficient runner. There are numerous ways to lower metabolic cost such as: endurance training, strength and aerobic training, and plyometric training. Another way to improve metabolic cost is by engaging the muscles of the trunk and lower limbs to establish better control during a run. Pilates training has been utilized to strengthen trunk muscles in correlation with breathing. Research suggests, Pilates training strengthen core musculature, which decreases the amount of activation during running and increases the runner’s efficiency thereby improving running performance.

In a recent search Finatto et al. investigated the effects of strength training of the postural and trunk muscles. There is research indicating that strength training improves running efficiency and performance that incorporate maximal and explosive programs to the lower extremities.
Finatto et al. hypothesized that metabolic cost and trunk muscle activation will be reduced and consequently, running performance may be improved. They studied the effects of strengthening the muscles of the center of force by Pilates training on metabolic cost and the muscle activation pattern and biomechanical parameters that could improve metabolic cost, which would lead to improve running performance.

Both groups trained for 12 weeks and were evaluated before and after the training period. Post-training evaluations were performed 72 hours after the last training session

Pilate’s training: classic mat Pilates training two one-hour weekly sessions performed on days alternate to the days of the running training for the Pilates group only. 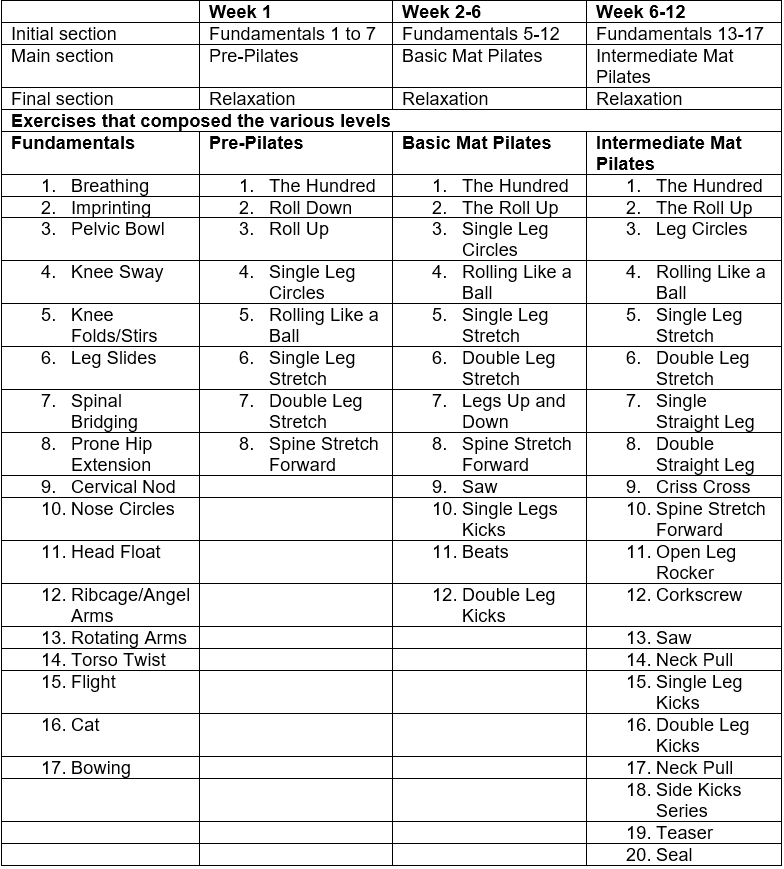 During the second session, the participants were evaluated for the maximum isometric amplitude of the electromyographic (EMG) signal of trunk muscles which include: obliquus externus, obliquus internus, longissimus, bicep femoris, vastus lateralis, latissimus dorsi, and gluteus medius. Each participant exerted max force with isometric testing after walking for 5 minutes. Three measurements were taken pre and post training. EMG were performed during running as well. Metabolic cost was measured after treadmill testing and participants rested for 15 minutes in the sitting position and at rest for five minutes in the orthostatic position to determine resting heart rate and maximal oxygen consumption.

Running performance and respiratory variables were not significantly different between the groups in the pre-training period. In the post-training period, the Pilates group had significantly higher maximal oxygen consumption and significantly shorter 5-km running time with a significant lower metabolic cost. This suggests that distance runners are able to transfer effective gains from a slow-type core strength training method to the running movement.

Here at Physical Therapy First we provide one on one hands on care for our patients to treat injuries, rehab after surgery and to help athletes optimize fitness performance. Our therapists can analyze your running technique and develop an individual treatment plan to assist you in achieving your goals for running.